Oil sector regulator Directorate General of Hydrocarbons (DGH), which had, on 12 April, approved Reliance Industries' pricing formula for coal-bed methane produced from its Madhya Pradesh block, has now revoked the approval, saying the process followed by RIL was not in conformity with the guidelines of the petroleum ministry. 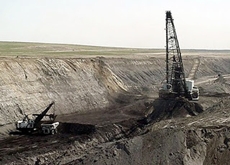 RIL had in February proposed to price CBM on a par with the import price of crude oil, a rate equivalent to the price at which the country imports liquefied natural gas (LNG).

DGH had, on April 12, written to the petroleum ministry saying the bidding process followed by RIL to discover CBM gas price was in "compliance with Article 18.6 of the production sharing contract and subsequent (15 June 2011) guidelines issued by the ministry on 'Pricing & Commercial Utilisation of Coal Bed Methane." (See: DGH approves RIL's CBM price formula)

While endorsing RIL's pricing formula for coal bed methane (CBM) from its Madhya Pradesh blocks, the DGH had, however, raised queries that could further delay the pricing approval by the petroleum ministry.

Reliance had invited price bids from potential CBM customers. The oil ministry has to check whether these customers are not affiliated to the company in any way so that the prices are fairly determined. The company received 73 bids, of which 59 were valid.

Also, on 22 June, DGH again wrote to the ministry saying RIL's pricing of CBM to be produced from the Sohagpur blocks in Madhya Pradesh was not in conformance with the CBM pricing and utilisation policy as bids were called only from selective users.