The petroleum ministry does not seem to be buying Reliance Industries' argument that dwindling production at the Krishna-Godavari D6 gas block it operates is due to unpredictable geological factors or that it is doing its best to increase output. 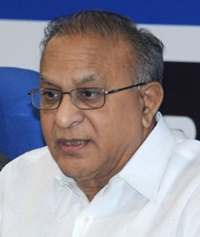 Petroleum and natural gas minister Jaipal Reddy had on Sunday said that the government is preparing to serve notice on the Mukesh Ambani-controlled RIL for breach of contractual obligations on the D6 block, where production was supposed to have risen to 70 standard units a day by now.

Instead, output has fallen to below 37 mmscmd from a peak of 61.5 mmscmd in March 2010, and is projected to continue falling.

"This is a very serious issue and the consequences are also going to be very serious," Reddy told reporters after a personal visit to the block over the weekend – the first visit by an oil minister since the project was launched in 2006.

"Reliance had promised to supply 70 mmscmd of gas from the D6 block; and each mmscmd can support up to 210 MW of power generation. However, the supply of gas from D6 has come down drastically," he said.

Reddy said the union cabinet's 'empowered group of ministers' would meet on 24 February to discuss the issue.