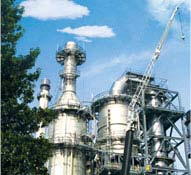 "...Reliance wishes to dispel the rumors and announce that it is not in discussions with Valero nor otherwise considering an acquisition of Valero," Mumbai-based RIL said in a statement yesterday.

It said that RIL may bid $48 per share, a hefty 85-per cent premium to  Valero's current share price of $26 per share or more than double its market value of $12.5 billion as of the close of trading when the news broke out.

Shares of Valero gained 18 per cent since the news surfaced, the most since 21 November 2008, to close at $26 in New York on 27 October and fell to $24.70 in yesterday late morning New York Stock Exchange trading.

Although armed with $12.6 billion of surplus cash, analysts had doubted that RIL would pay such a significant premium for the transaction.