RIL loses out to CNOOC's $2.16-bn for Chesapeake's shale assets

After having successfully acquired three shale oilsand assets in the US, Reliance Industries Ltd has lost its bid for the fourth to China National Offshore Oil Corp (CNOOC) after the Chinese state owned company yesterday acquired a 33.3-per cent stake in Chesapeake Energy's acreage in the Eagle Ford gas field in South Texas, in a deal worth $2.16 billion. 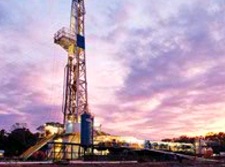 Oklahoma-based Chesapeake, the second-largest producer of natural gas in the US has sold a one-third interest in its 600,000 acres in the Eagle Ford gas field to CNOOC in a deal worth $2.16 billion.

The deal comes just a few days after talks collapsed between the Mumbai-based $45-billion RIL and Chesapeake, which had been seeking a partner since June 2010 to invest and develop its Eagle Ford Shale liquid play. (See: RIL fails to expand acreage in Texas Eagle Ford Shale field)

Hong Kong-listed CNOOC, China's third-largest oil company will pay $1.08 billion in cash at closing for a 33.3-per cent stake in Chesapeake's 600,000 net oil and natural gas leasehold acres in the Eagle Ford Shale project and share 75 per cent of Chesapeake's drilling and completion costs up to another $1.08 billion.