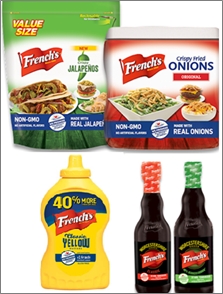 Reckitt Benckiser, which owns Durex condoms and Scholl footcare, has told banks it plans to sell its foods division, which could fetch more than £2.4 billion ($3 billion), the report said.

Including Mead Johnson's net debt of $1.2 billion, the total enterprise value of the transaction is $17.9 billion, and the deal is expected to be completed by the end of the third quarter of this year.

Its food division experienced the weakest growth, with sales rising by 2 per cent. The division had sales of £411 million last year.

The food division, which include French's mustard and Frank's RedHot sauce, make up only 5 per cent of group revenues, which had led to speculation that the London-based company may divest the unit in order to focus on the higher-growth consumer healthcare market.