Reckitt Benckiser to acquire Mead Johnson for $16.6 bn in cash

Reckitt Benckiser Group plc has agreed to buy baby-food maker Mead Johnson Nutrition Co for $16.6 billion in cash, a deal that will almost double the size of the British company's consumer-health business and help it push deeper into emerging markets. 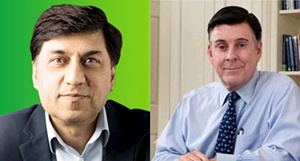 The deal will help the UK company, which owns Durex condoms and Scholl footcare, boost its consumer-health business and push deeper into emerging markets

Earlier this month RB Group had disclosed that it was in talks with Mead and that it had offered $90 per share in cash, valuing Mead Johnson's equity at $16.6 billion.

The terms represent a premium of 29-per cent to the closing price of Mead Johnson of $69.50 on 1 February 2017, before speculation of a possible transaction, and 24 per cent to Mead Johnson's 30-day volume-weighted average price of $72.37 at the same date.

Mead Johnson's business is expected to grow at an estimated 3.5 per cent at the upper end in the medium to long term.

With committed financing in place for the acquisition the return on invested capital is projected to exceed RB's cost of capital by year 5. RB also expects to retain a strong investment grade credit.

Reckitt Benckiser expects the deal to be completed by the end of the third quarter of 2017, subject to shareholder and regulatory approvals.

''The acquisition of Mead Johnson is a significant step forward in RB's journey as a leader in consumer health. With the Enfa family of brands, the world's leading franchise in infant and children's nutrition, we will provide families with vital nutritional support. This is a natural extension to Reckitt Benckiser's consumer health portfolio of Powerbrands which are already trusted by millions of mothers, reinforcing the importance of health and hygiene for their families,'' Rakesh Kapoor, chief executive officer of Reckitt Benckiser, said.

''The agreement being announced today is about value creation. First and foremost, this transaction provides tremendous value to Mead Johnson Nutrition stockholders. Additionally, relative to the future growth and development of the Mead Johnson business, Reckitt Benckiser – with its strong financial base, broad global footprint, consumer branding expertise and dynamic business model – is an ideal partner,'' said James Cornelius, Mead Johnson chairman of the board.

As  per the merger agreement between Reckitt Benckiser, Mead Johnson and Marigold Merger Sub, Inc, an indirect wholly-owned subsidiary of RB, dated 9 February 2017, Reckitt Benckiser may terminate the deal in certain circumstances, including where Mead Johnson has entered into a definitive agreement for a superior proposal from an alternative bidder; Mead Johnson's board has withdrawn its recommendation in favour of the transaction; or there has been a willful and material breach of certain prohibitions on Mead Johnson regarding the solicitation of competing proposals from alternative bidders.

In such circumstances Mead Johnson will pay Reckitt Benckiser a fee of $480 million.

Mead Johnson may terminate the merger agreement where Reckitt Benckiser's board has withdrawn its recommendation in favour of the transaction. In such circumstances Reckitt Benckiser will pay a fee of $480 million.

Mead Johnson is a leader in the global infant and children's nutrition category, which is worth approximately $46 billion in annual sales. Reckitt Benckiser expects the category to grow at approximately 3-5 per cent per annum in the medium to long term.

Growth in the category is underpinned by demographic trends, particularly in developing markets, such as economic growth, urbanisation, increasing spend on premium nutrition, special nutritional needs, a higher proportion of mothers choosing to work while their children are young, as well as changes to China's one child policy. Brand, quality and innovation are increasingly important differentiators in the category.

Mead Johnson has a strong presence in Asia and Latin America, from where it derives 67 per cent of its net sales. In 2015, Mead Johnson had net sales of $1.2 billion in China.

Mead Johnson operated with an attractive gross margin of 64 per cent and a non-US GAAP operating margin of 25 per cent in 2016.

RB's has extensive multi-channel go-to-market and global branding capabilities across consumer health and a track record of consumer-centric innovation. These capabilities, together with RB's culture of swift decision-making and a commitment to driving performance, will enable RB to add value to the Mead Johnson business by enhancing its position in key markets.