Qualcomm Inc, the world's biggest chipset maker, is in talks to acquire NXP Semiconductors NV, in an over $30-billion deal, The Wall Street Journal yesterday reported, citing people familiar with the matter. 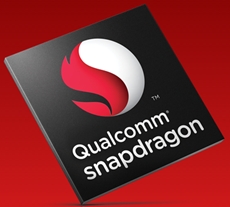 A deal could be finalised in the next two to three months, but Qualcomm is also exploring other deal options, the report said.

Shares of Nasdaq-listed NXP rose by 17 per cent yesterday after The Wall Street Journal report, giving the Netherlands-based company a market value of $33 billion.

The Eindhoven-based company, which was carved out of Dutch consumer electronics giant Philips, was sold to a consortium of private equity firms in 2006 and changed its name to NXP.

The company employs around 45,000 people in more than 35 countries, and has annual revenue of $6.1 billion.

Last year, it sold its RF Power business that is used primarily for manufacturing, research, and development of RF power amplifiers, to state-owned investment firm Jianguang Asset Management for $1.8 billion, and this year agreed to sell its Standard Products unit to Jianguang and private-equity firm Wise Road Capital for about $2.75 billion.

Qualcomm, which has a market value of around $93 billion, is the third-largest semiconductor company in terms of revenue.

The California-based company generates most of its $25.3 billion annual revenue from chip sales and the bulk of its profit from patent licensing.