More reports on: In the news, Steel 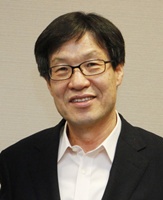 South Korean steelmaker POSCO's new chief executive officer and chairman Kwon Oh-joon said today the company will sell non-core assets and list some affiliates to shore up its balance sheet, and also shy away from major new investments, in a marked break from his predecessor's strategy.

Kwon, previously POSCO's chief technology officer, is taking the helm of the world's fifth-biggest steelmaker after a wave of investments and acquisitions – including a major project in India that has long been stalled - left it with high debt levels that led to a series of credit rating cuts.

Despite the overall investment cutback, Kwon said POSCO will not give up on its plan to build steel mills in India despite years of delays. But the company will seek to cut costs for the $12-billion project, billed as what would be the biggest foreign investment in India.

"POSCO's biggest task is to improve financial structure," Kwon told reporters at a briefing after formally taking over as the company's head. "First of all, we have to improve our core competitiveness in steel and generate profits."

In line with that strategy, the company will restructure its materials and energy businesses, and focus on lithium, nickel, fuel cells and clean coal, Kwon said. He didn't specify which affiliates might be selected to be listed on stock markets.

POSCO, backed by billionaire investor Warren Buffett, said in January it would reduce investment by 14 per cent this year as it sees flat revenue growth. It has posted three consecutive years of profit declines.

"POSCO will not pursue fresh investments aimed at quantitative growth, and instead focus on downstream investments aiming at boosting value," Kwon said in a separate statement, noting the global steel market is suffering from serious over-supply.