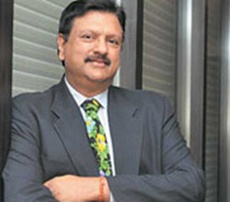 The move comes two months after India's Cabinet Committee on Economic Affairs (CCEA) approved the proposal of London-based Vodafone Plc to increase its equity stake in its Indian arm from 64.38 per cent to 100 per cent. (See: Cabinet clears Vodafone's Rs10,141-cr buy-out of India operations)

The approval would result in foreign investment of approximately Rs10,141 crore, the CCEA had then said in a release.

Piramal Enterprises and Analjit Singh, founder-head of Max India Ltd, together hold a little over 35.62 per cent equity in Vodafone India.

Piramal had acquired the stake in two tranches in 2012 at an average price of Rs1,290 per share for a total consideration of Rs5,864 crore during FY12, and is selling the stake to Prime Metals Ltd, an indirect subsidiary of Vodafone Group.

''The equity purchase in Vodafone was consistent with our objective of making investments that offer opportunity to generate attractive long term return on equity'' says Ajay Piramal.  ''I am glad to say that we have delivered against our targeted returns with this investment''.

Vodafone, which entered India in 2007 by buying Hutchison Whampoa's India venture with the Essar Group in an $11-billion deal, will own 100 per cent in Vodafone India, the country's No 2 telecom company after Analjit Singh sells his stake.

Piramal shares rose as much as 7.1 per cent after the announcement.

Analjit Singh will get Rs1,241 crore when he sells his 24.65-per cent stake in Vodafone India. The amount payable to Analjit Singh is consistent with the agreements signed between him and Vodafone Plc in 2007 and 2009.