Philips to split company in two

Dutch electrical appliance group Philips today said it wanted to split the company in two, separating its healthcare-lifestyle and lighting businesses after it stripped off less profitable activities. 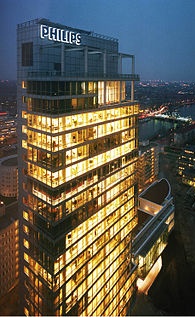 "We're preparing Philips for the next century," CEO Frans van Houten told a telephone press conference. "Giving independence to our lighting solutions business will better enable it to expand its global leadership position and venture into adjacent market opportunities. I do appreciate the magnitude of the decision we are taking, but the time is right to take the next strategic step for Philips."

Philips added, both companies would be able to make the appropriate investments to boost growth and drive profitability, ultimately generating significantly more value for its customers, employees and shareholders.

Van Houten said, the companies would be based in the Netherlands, adding that it was too early to say how many job losses might be involved.

"Both companies will be able to make the appropriate investments to boost growth and drive profitability, ultimately generating significantly more value for our customers, employees and shareholders," Philips said.

Philips, has been a household name for around a century but had in recent years stripped down its business to focus on lighting technology and on medical technology where margins were strong and where competition from emerging markets was limited. The company last year, announced the sale of its lifestyle entertainment branch, which makes  stereos and DVD players, after the sale of its troubled TV-making arm in 2012.

According to the company's statement the new structure would bring cost savings of €100 million next year and an additional €200 million in 2016, Reuters reported.

The company expects to incur a charge of around €50 million for restructuring from 2014 to 2016.