Japanese electronics maqjor, Panasonic today said that it has acquired a 50.19-per cent stake in Sanyo Electric Co., the world's largest manufacturer of rechargeable batteries, for 403.8 billion yen ($4.6 billion). 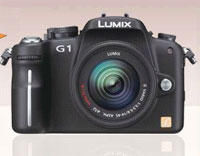 The Osaka-based company, with 2008 revenue of $77.2 billion, purchased 3,082 million shares in the public offering after closing its five-week tender offer that began on 5 November, the company said in a statement.

The widely expected acquisition will give the Osaka-based Panasonic a majority stake in Sanyo after its major three shareholders agreed to sell part of their shareholdings into the tender for a premium. (See: Panasonic to acquire Sanyo stake from Goldman Sachs, Daiwa, Sumitomo Mitsui for ¥131)

Although Panasonic hoped to take a larger stake in Sanyo, its three major shareholders, Goldman Sachs, Daiwa, Sumitomo Mitsui, which together held about 70 per cent of Sanyo's total outstanding shares, were not willing to dilute all their holdings in Sanyo.

The merger between Panasonic, the world's biggest plasma TV maker and Sanyo, the top producer of rechargeable batteries, would make world's Panasonic the second largest electronics manufacturer after Hitachi Ltd.