Britain's biggest insurer Prudential, is considering moving out from its headquarters in London to Hong Kong to escape tough new capital rules from European regulators. 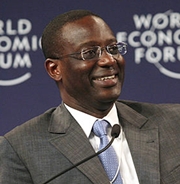 Solvency II rules, which will be introduced next year, would force European insurers to hold extra cash against divisions operating in countries that had less stringent capital standards.

The development would significantly increase the reserves the company would be forced to hold against its US business, Jackson Life. However, if the insurer which was founded in London 163 years ago instead were to relocate its headquarters to Hong Kong, only the British part of its business would be subject to Solvency II rules.

EU regulators have yet to decide over compatibility of American capital rules for insurers, however, Thiam has already voiced heavy criticism of the plans.

Meanwhile, an institutional shareholder of the company has warned of the dangers of the insurer moving its head office from London to Hong Kong to try to buck solvency rules being introduced in Europe in January.