US drugs giant Pfizer today confirmed that it had made a $98.67 billion (£58.73 billion) takeover offer for AstraZeneca, which was rejected by the UK-based company as it ''significantly undervalued'' the company. 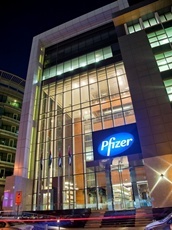 The Sunday Times had reported that Pfizer had recently held informal talks about the deal with AstraZeneca, but the latter rejected the offer and no talks were currently under way. (See: Pfizer weighs $101-bn bid for AstraZeneca)

''Pfizer did not make a specific proposal regarding an offer to acquire AstraZeneca, but nevertheless Pfizer requested that both companies issue a joint statement, prior to the market opening on 28 April 2014, announcing that they had entered into discussions regarding a combination,'' AstraZeneca said in a today release.

Pfizer said that it is now considering its options, an indication that it may go directly to AstraZeneca's shareholders with the offer.

AstraZeneca's chairman, Leif Johansson said he was confident in AstraZeneca's prospects as an independent business. Nevertheless, he said, AstraZeneca agreed to an exploratory meeting and subsequently met with Pfizer on 5 January 2014 in New York.

The offer also included Pfizer continuing with AstraZeneca's top management in the UK and the combined company listed and headquartered in the US, but domiciled in the UK for tax purposes.

The board of AstraZeneca concluded that Pfizer's proposal very significantly undervalued the company and its prospects. The board opposed the proposed transaction structure, which contained a large proportion of the consideration in Pfizer shares. The board also raised certain concerns regarding the execution risks associated with the proposed inversion structure for tax purposes.

A potential deal would be the largest in the pharmaceuticals industry and the largest takeover of a British firm by an overseas company.

Pfizer, which is sitting on a $70-billion (£42 billion) cash pile at its overseas subsidiaries, is looking for the merger in order to combine the strengths of both companies in the cardiovascular and oncology drugs market.

Pfizer, whose drugs include Advil, Lyrica, Diflucan, Viagra and others, is facing patent losses and potential earnings, particularly after the patent loss of its blockbuster anti-cholesterol drug Lipitor.

The company, which was founded by cousins Charles Pfizer and Charles Erhart in 1849, has grown through strategic mergers and today focuses on developing treatments in immunology & inflammation, CV & metabolic diseases, oncology, neuroscience & pain and rare diseases.

AstraZeneca, which has a market value of around $80 billion, is currently battling with declining pipelines, patent expirations of some of its best selling drugs and. along with industry peers, facing a reduction on government healthcare spending.

Formed through the £40-billion merger of equals in 1999 between Sweden's Astra and Britain's Zeneca Group, AstraZeneca's blockbuster drugs such as Nexium and Crestor, a treatment for high cholesterol, will lose patent protection in the next few years.

Earnings at AstraZeneca, Britain's second-biggest pharmaceuticals group, has fallen from more than £30 billion in 2011 to £25.7 billion last year and the drugmaker expects them to fall further in 2014 as generics start competing with Nexium, its popular heartburn and ulcer drug in the US market in May.

AstraZeneca, however, has experimental cancer drugs in the pipeline, which could be of interest to Pfizer.

Moreover, the two firms are familiar with each other's products and are working together on projects such as a new kind of clinical trial for cancer drugs announced two weeks earlier.