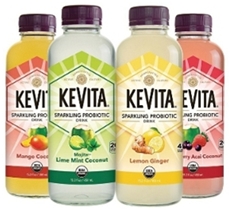 The deal could be finalised as early as this month, and is likely to value the privately-held company at less than $500 million, the report said.

PepsiCo, which already holds a minority stake in KeVita, and has a distribution agreement, will carry out the acquisition through its wholly-owned unit Naked Emerging Brands.

Founded in 2009 by Bill Moses and Chakra Earthsong in their hometown of Ojai, California,
KeVita was first crafted in Chakra's kitchen, then further developed at Bill's organic winery.