Greek-yogurt maker Chobani yesterday said that it had rejected takeover offers from beverage giant PepsiCoInc and other investors. 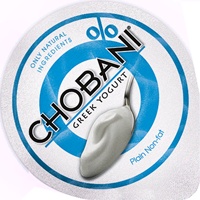 Coca-Cola Co ended talks in October 2015 to invest in Chobani, saying that it did not fit into their portfolio.

Chobani, founded by Turkish immigrant Hamdi Ulukaya, wanted to sell a minority stake while outside investors like PepsiCo were looking for a majority stake in the company, Reuters yesterday said.

Chobani was seeking a strategic investor to help expand its supply chain, distribution, manufacturing base and geographic footprint for its popular yogurts like Flip, which combine yogurt with flavors such as peanut butter and coffee.

The decision to reject the offer was due in part to the terms, Chobani said in an email to Reuters.

Ulukaya founded Chobani in 2005, but his brand became a sensation in the US after he bought a yogurt plant in South Edmeston, New York, that was put for sale by Kraft Foods.

Chobani makes Greek-type strained yogurt known as "Turkish" yogurt outside the US, and is the top-selling brand of yogurt in the country.

Chobani expanded in 2012 by opening one of the world's largest yogurt-processing plants in Idaho. The one million square-foot facility cost $450 million and employs 300 people.

In 2014, private equity firm TPG Capital invested $750 million in Chobani to help fund its growth. As part of the deal, TPG received warrants that allowed it to recieve a 35-per cent equity stake in Chobani and two board seats.

The company, which competes with brands from Danone SA and General Mills, holds around 19 per cent share of the $7.4 billion US yogurt market, and has revenues of around $1 billion.