The consortium of ONGC Videsh Ltd and its partners Indian Oil Corporation and Oil India Ltd have abandoned plans to develop the Farsi oil field in Iran after they found it commercially unviable. 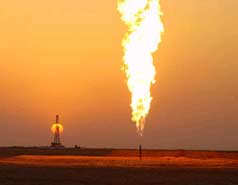 A consortium of OVL, Indian Oil Corp and Oil India (OIL) had made oil discovery in Iran's Farsi offshore block as far back as in 2006. Initial estimates had put oil reserves in the block at a billion barrels. The oil block was also then found to be commercially viable.

The Farsi offshore block is spread over 3,500 sq km in the Persian Gulf, with a water depth of 20-90 metres. Under the exploration service contract, OVL held 40 per cent prospecting interest as operator. Indian Oil Corporation held another 40 per cent and Oil India Limited the remaining 20 per cent.

OVL had struck oil in four exploration wells drilled in the block before announcing the commercial viability of the discovery.

"The oil discovery has been found to be commercially unviable primarily due to high sulphur content in the oil," a source in the consortium said.

The consortium has informed the National Iranian Oil Company, which owns the rights for the oil block, about its decision to abandon the project.

The consortium, however, has submitted a gas field development plan foe the Farsi block, involving investment of around $5 billion over 7-8 years.
Initial estimates have put gas reserves in the block at over 21 trillion cubic feet, with recoverable reserves of around 13 tcf.

Under the terms of the contract, project promoters were not allowed to take oil or gas out of the country. They have to fund all exploration operations and would be reimbursed after ascertaining commercial viability of the project.