ONGC board approves share buyback of around Rs4,000 cr

Under pressure from government to buy back shares and bolster the centre’s divestment programme, state-run oil and gas explorer Oil and Natural Gas Corporation (ONGC) has come out with a proposal to buy back 1.97 per cent of its total paid-up equity shares, worth over Rs4,000 crore. 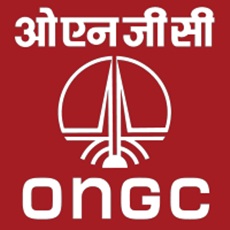 A meeting of the board of directors of ONGC also proposed to list its overseas arm ONGC Videsh Ltd (OVL) on stock exchange to raise funds for the buyback.
While the company has enough cash balances to fund such a buyback (it had cash and liquid investments to the tune of Rs11,428 crore as of 31 March 2018), the buyback could hurt the company’s planned capex.
An OVL listing will not only help raise funds for the buyback but also unlock value. However, listing of share at a time when crude prices have fallen will undermine its share value, say experts.
OVL, whose reserves amount to 15 per cent of ONGC’s total reserves, does not disclose detailed numbers separately. A listing will make disclosures better. Valuations for the company are arrived at based on estimates reserves of OVL.
In a filing with the Bombay Stock Exchange (BSE) ONGC said its board has approved a buyback of equity shares of the company not exceeding 25,29,55,974 shares being 1.97 per cent of the total paid-up equity shares of the company.
At a buy-back price fixed at Rs159 a share, the aggregate consideration of the buy-back stands at Rs4,022 crore. This is 2.34 per cent of the aggregate of the fully paid-up equity share capital and free reserves as per the latest audited standalone accounts.
The government with a 65.64 per cent stake in ONGC, could pocket around Rs2,640 crore from the share buy-back.
The buyback will be conducted on 4 January 2019, the company said.
As a matter of abundant caution, ONGC announced a closure of the 'trading window' from Monday, 17 December 2018 to Monday 24 December 2018 (both days inclusive) as required under "the code of internal procedures and conduct for prohibition of insider trading in dealing with the securities of ONGC."
MORE REPORTS