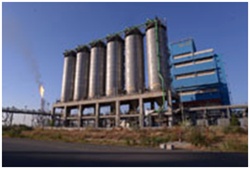 State-owned Oil and Natural Gas Corp. Ltd (ONGC) is a majority shareholder in OPaL with around 50 per cent stake.
OPaL operates India’s biggest petrochemical plant located in Dahej, in Bharuch district of Gujarat.
OPaL is a special purpose vehicle created for executing the Rs13,500 crore petrochemicals complex.
The 1.1 million tonnes capacity petrochem plant was commissioned last year and reached 100 per cent capacity in February this year.
Earlier, several foreign companies are also reported to be interested in acquiring a stake in OPaL.
Last year, ONGC had held talks about selling a stake in OPaL with Saudi Aramco and Petrochemical Industries Co, a unit of Kuwait Petroleum Corp, the report said.
An official of ONGC had in March said, “We have invested Rs30,000 crore in the project and always had plans to sell a minimum of 26 per cent stake in the project to a strategic investor. “Now that the plant has come up well and stabilised, this is the time to monetise it.”
ONGC is seeking to sell its stake in OPaL in order to fund the debt incurred last year for the acquisition of Hindustan Petroleum Corp.
SABIC, a diversified chemicals company based in Riyadh, is the largest public company in Saudi Arabia.
It manufactures on a global scale in the Americas, Europe, Middle East and Asia Pacific, making different kinds of products: chemicals, commodity and high performance plastics, agri-nutrients and metals.
SABIC was the world's fourth-largest chemical producer and is currently the second-largest global ethylene glycol producer. It is also the third-largest polyethylene manufacturer, the fourth-largest polyolefins manufacturer, and the fourth-largest polypropylene manufacturer.
It is also the world’s largest producer of methyl tert-butyl ether, granular urea, polycarbonate, polyphenylene and polyether imide.
MORE REPORTS