A consortium led by Oil and Natural Gas Corp (ONGC) has acquired a 10-per cent stake in Abu Dhabi's offshore Lower Zakum oil concession under a 40-year contract in partnership with Abu Dhabi National Oil Co's (ADNOC), in a deal that would help the UAE expand its foothold in Asia. 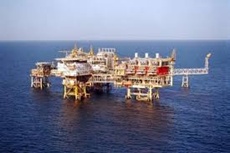 The group led by ONGC Videsh, the offshore arm of ONGC, will invest Dh2.2 billion ($600 million) in Abu Dhabi's offshore Lower Zakum in the landmark deal, marking the first-time participation of Indian oil companies in an Abu Dhabi oil and gas concession.

The concession agreement is valid for 40 years effective 9 March 2018, ADNOC said. ADNOC said it would retain a 60 per cent interest in the existing ADMA-OPCO concession, which produces around 700,000 barrels per day (bpd) of oil and is projected to have a capacity of about 1.0 million bpd by 2021.

Existing shareholders in ADMA-OPCO include BP plc with 14.67 per cent stake, Total SA with 13.33 per cent and Japan Oil Development Co with 12 per cent.

In August, ADNOC said it would split its ADMA-OPCO offshore concession into three areas - Lower Zakum, Umm Shaif and Nasr, and Sateh Al Razboot and Umm Lulu - to unlock greater value and increase opportunities for partnerships.

ADNOC said it was still finalising opportunities, with potential partners, for the remaining 30-per cent of the available 40-per cent stake in the Lower Zakum offshore concession.

The investment signals the beginning of an era of joint investments in the oil and gas sector.

Besides ONGC Videsh, the consortium has Indian Oil Corp and Bharat Petro Resources Ltd, an upstream arm of refiner Bharat Petroleum Corp, as its other members.

While India will secure energy for its rising consumption needs, the agreement will help ADNOC tap rising demand growth and invest in India, the world's third-biggest consumer.

ADNOC had last year signed a deal to store about 6 million barrels of oil at India's Mangalore storage site, taking up about half of its capacity (See: Cabinet clears strategic oil storage agreement with Abu Dhabi National Oil Company).