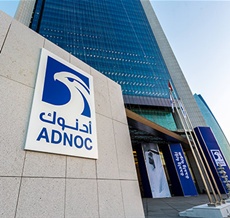 The group headed by ONGC will be the first party to secure a stake in the offshore concession.

Prime Minister Narendra Modi will meet Crown Prince of Abu Dhabi, Sheikh Mohammed bin Zayed Al Nahyan, at the Presidential palace on Saturday evening, in what will be their fourth meeting in the last three years.

During Modi's second UAE visit, the two sides are likely to sign the key agreement today, which will give Indian companies a head start over other global competitors in securing equity in an offshore oil concession in the West Asian nation.

Other members of the consortium lead by ONGC are Indian Oil Corp and Bharat Petro Resources Ltd, an upstream arm of refiner Bharat Petroleum Corp. The consortium would get up to a 10-per cent stake in one of the areas of the concession, Reuters reported citing sources.

According to The Indian Express, sources said that ahead of the PM's visit, ADNOC had approved 10 per cent equity for ONGC Videsh Ltd in its ADMA-OPCO offshore concession whose license comes up for renewal next month. OVL, along with Bharat Petroleum Corp and Indian Oil Corp, would pay $600 million for the stake in the concession which currently produces around 7,00,000 barrels per day (bpd) of crude oil but is projected to touch a million bpd by 2021.

Officials associated with the state visit said the agreement between the state-run companies of both nations would be signed in the PM's presence when he arrives in the national capital Abu Dhabi today. Chinese, Koreans and Japanese firms are also vying for equity in the renewed licence.

Prime Minister Modi wants to cut India's oil imports by 10 per cent by 2022 and is steering efforts to buy foreign energy assets, taking advantage of low oil prices. Indian firms have been told to acquire such assets to improve energy security as the country imports about 80 per cent of its crude oil needs.

ADNOC has 60 per cent stake in the existing concession which it will retain. At present, BP holds 14.67 per cent, French Total 13.33 per cent and Japan Oil Development Co 12 per cent.

ADNOC signed a deal last year to store about 6 million barrels of oil at India's Mangalore storage site, taking up about half of its capacity.

Participation fees for the deal are valued at $600 million, IE's sources added. An official announcement is expected later today.

N K Verma, managing director of ONGC Videsh, the foreign investment arm of ONGC, is in Abu Dhabi. He did not respond to calls seeking comment.

In August, ADNOC said it would split its ADMA-OPCO offshore oil concession into two or more areas with new terms to unlock greater value and increase opportunities for partnerships.