The petroleum ministry has launched a probe into the role played by officials at ONGC and the Directorate General of Hydrocarbons for their alleged inaction on information about the state-owned firm's natural gas flowing into adjoining fields of Reliance Industries Ltd in the Krishna-Godavari basin. 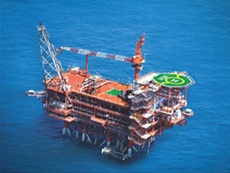 Confirming sending notice to RIL and its partners BP plc of UK and Canada's Niko Resources for "unfairly enriching" themselves by producing natural gas belonging to the Oil and Natural Gas Corporation, Petroleum Minister Dharmendra Pradhan said his ministry is probing the role played by "those in office" in the ministry, ONGC as well as DGH in the entire issue.

"All stakeholders are being looked into as to what role they had played in those days," he told reporters in New Delhi.

Oil secretary K D Tripathi is overseeing the probe to find if there were any errors of omission or commission in not taking timely action on the information provided by the seismic data that ONGC's natural gas was seeping into KG-D6.

"This is an internal mechanism (of investigation). Whosoever is found responsible (for lapses) will be disclosed publicly," Pradhan said.

ONGC has had two chairmen, R S Sharma and Sudhir Vasudeva, after seismic data is believed to have thrown up leads about its blocks being connected with RIL fields. The DGH first had S K Srivastava and then R N Choubey as its head.

It is alleged that while ONGC initially refused to act on the information, DGH did not take cognizance of the issue when the state-owned firm finally acted and brought the issue to its notice in 2013.

"It is not just ONGC, but also (petroleum) ministry and DGH which is being investigated," Pradhan said.

His ministry had on 3 November issued a notice to RIL, Niko and BP plc seeking $1.47 billion for producing in the seven years ended 31 March 2016 about 338.332 million British thermal unit of gas that had seeped or migrated from state- owned ONGC blocks into adjoining KG-D6.

After deducting $71.71 million royalty paid on the gas produced and adding an interest at the rate of Libor plus 2 per cent, totalling $149.86 million, a total demand of $1.55 billion was made on RIL, BP and Niko.

ONGC had in 2014 moved the Delhi High Court seeking Rs11,000 crore in compensation for its gas that RIL had produced. Under the court's direction, an independent consultant D&M was appointed to establish connectivity across reservoirs.

After D&M quantified the gas that had migrated from ONGC blocks to KG-D6, the ministry appointed a one-man panel headed by Justice (Retd) A P Shah to recommend compensation RIL and partners should pay. It however stated that the compensation should be paid to the government and not to ONGC.

Pradhan said the Supreme Court has clearly established that all natural resources belong to the State and using that premise the government is claiming compensation from RIL.

The Shah panel had in its 29 August report stated that natural gas had indeed migrated from ONGC's KG basin blocks to adjoining fields of RIL but opined that the compensation for the same should be paid to government as the natural resource belonged to the state.

It further stated that the gas migration issue needs to be resolved within the parameters and provisions of the Production Sharing Contract (PSC) instead of any other method like bilateral agreement.

This premise has led to RIL stating that it will challenge the compensation in arbitration.

RIL contests any claim of compensation on the premise that it drilled all wells within its own block boundaries and only after explicit permission from the government.

Also, migration is a natural phenomenon and contractor cannot be held liable for unfair enrichment for migrated gas that has been extracted from wells drilled within its own block

Continuity and extension of reservoirs between ONGC blocks and KG-D6 was established by independent expert D&M in late 2015 which said as much as 11.122 billion cubic metres of ONGC gas had migrated from its Godavari-PML and KG-DWN-98/2 blocks to adjoining KG-D6 of RIL between 1 April 2009 and 31 March 2015. Justice AP Shah was then asked to go into the D&M report.