Oil and Natural Gas Corporation (ONGC) will invest Rs34,000 crore (about $5 billion) over the next few years in its east coast oil and gas asset, in order to boost production. 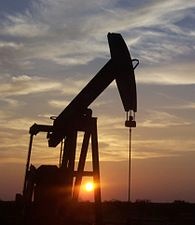 The new policy announced early this month allows producers to claim a higher price for gas extracted from hydrocarbon basins located in the deep water and ultra-deep water areas of India, where development costs can be significantly higher.

Development of the fields falling under Cluster 2 of the deep-water NELP block KG-DWN-98/2 would involve a capital expenditure of Rs34,012 crore  ( around $5.08 billion at current exchange rate of $+67 rupees).

Production is envisaged at a peak oil rate of 77,305 barrels of oil per day (bopd) and 3.81 MMSCMD of associated gas through 15 producer wells along with 12 water injection wells with a peak water injection rate of 9,400 m3/d from Cluster 2A oil fields.

As part of the project, ONGC will be building a gas process platform with a bridge connected living quarters platform for processing gas from free gas wells, FPSO for processing, storage and evacuation of oil/gas from Cluster 2A fields, about 430 km sub-sea pipelines of various sizes from 6'' to 22'', about 151 km umbilical and 10 manifolds, riser base manifolds and onshore gas handling terminal.

In addition drilling and completion of 35 wells (15 oil producers, 12 water injection and 8 free gas producers) have been planned.

The project envisages first gas to be produced by June 2019, first oil by March 2020, with overall completion in June 2020.

The proposed investment also clears the air over two major issues that the company has faced for more than a decade - failing to increase production from its ageing fields and dragging its feet on development of the offshore asset which it acquired in 2005 under a swap agreement with UK's Cairn Energy Plc.