Close on the heels of the SAIL divestment, the centre is looking to sell a 5 per cent stake in ONGC next month. The sale involving around 428 million shares of the state-run oil explorer, is expected to fetch the government about Rs14,900 crore. 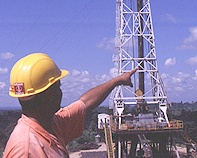 Based on the last closing price (19 December) Rs349.30, the sale of 428 million shares of ONGC could fetch the government about Rs14,940 crore from the sale. Currently, the government holds 68.94 per cent in ONGC and a five per cent stake sale would reduce it to 63.94 per cent.

Retail investors will also get a 5 per cent price discount.

This concession is to be extended for the Coal India and the NHPC divestments that will follow.

The Cabinet Committee on Economic Affairs (CCEA) had approved the disinvestment in September.

Earlier this month, the government had sold 5 per cent of its equity in Steel Authority of India Ltd (SAIL). The offer was oversubscribed more than two times.

ONGC's share sale is critical for the central government's fiscal health, especially since tax collections of the government have been growing at a slow pace.

The government, meanwhile, is working on a subsidy-sharing formula that would ease the current subsidy burden on ONGC before the stake sake can take place.

ONGC currently bears almost half of the under-recoveries of oil marketing companies, which is used to subsidise the sale of LPG, Kerosene and diesel until October this year.

During road shows for the ONGC disinvestment, potential investors had raised concerns about the impact of the ad hoc subsidy-sharing mechanism on the oil major's balance sheet.

The centre is looking at various options to reduce the burden on ONGC by also selling off some of its marginal assets.