State-run explorer Oil & Natural Gas Corp (ONGC) on Friday said it would invest over Rs5,700 crore in re-development of its giant Mumbai High (North) oil and gas field off the west coast of India. 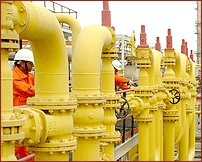 The project will yield an incremental 6.997 million tonnes of crude oil and 5.253 billion cubic metres of gas by 2030, the company said in a statement from New Delhi.

''The board of ONGC approved the proposal for re-development of its giant offshore field - Mumbai High (North) involving a capital investment of Rs5,706.47 crore, including foreign exchange component of Rs4,421.76 crore ($743.15 million at exchange rate of Rs59.50 to a US dollar),'' it said.

The project is designed to carry forward the success of the previous two editions of redevelopment projects of the fields that were discovered four decades ago. This will give a new lease of life to the giant field.

''The facilities envisaged under the project are installation of five well platforms, one clamp-on facility for wells at an existing platform, associated pipelines and modifications at 13 platforms, drilling of 52 new wells and 24 sidetrack wells,'' according to the statement.

The facility parts under the project are scheduled to be installed by April 2016, while drilling of wells and the overall project completion is scheduled for May 2017.

ONGC said the Mumbai High North Re-Development (MHNRD Phase-III) envisages further development of LI, LII, S1 and other minor reservoirs along with the major LIII reservoir and the integration of required inputs.

Separately, the company announced an oil and gas discovery at Gandhar in Gujarat. ''This new pool discovery in GS-6B sand in the south western part of Gandhar field opens up the sector for further field growth,'' it said.

Exploratory well Gandhar #699 was drilled to a depth of 2,904 metres. During conventional testing, it produced oil at the rate of 38 cubic metres per day and gas at 20,069 standard cubic metres a day. With this, ONGC has notified five discoveries during the financial year 2014-15.