Faced with the prospect of isolation by the West, Russia is looking at increasing energy cooperation with Asian countries, especially India, which in turn is looking for new sources for meeting its oil needs. 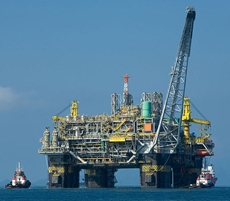 Russian state-owned oil giant Roseneft, which has entered into a number of joint ventures with US oil majors such as Exxon and Chevron is reported to have send feelers to India's oil and gas companies for possible tie-ups in the hydrocarbon sector.

Roseneft CEO Igor Sechin, a close confidant of Russian President Vladimir Putin, has been in talks with India's state-owned explorer Oil and Natural Gas Corporation (ONGC) and private sector Reliance Industries Ltd (RIL) amidst Russia's stand-off with the US and the European Powers over Crimea.

Although details of the discussions are not available, ONGC Videsh, the overseas arm of ONGC, is looking for cooperation with Russian companies such as Gazprom and Novatek for further opportunities.

OVL already has a stake in the Sakhalin-1 project in Russia and has acquired Imperial Energy, which operates in the country's Tomsk region.

Reliance Industries on the other hand, is looking at sources for meeting 1.25 million tonnes of daily crude oil requirement of its two refineries. RIL, at present, sources its crude from North Africa, Saudi Arabia, and South America.

However, with the Mukesh Ambani-led RIL, which has a tie-up with British oil giant BP for gas exploration in the Bay of Bengal and is currently embroiled in a controversy over its exploration activities any tie-up with Russian firms would attract direct sanctions from the West, which is also its important market.

Meanwhile, RIL has been consolidating its overseas oil and gas portfolio. It already has four blocks, two each in Yemen and Peru and has recently inked contracts for two blocks in Myanmar.

Also, it is not yet known how Indian companies could source oil from Russia once sanctions are imposed on Russia.

A way out for Indian companies is to enter into tripartite agreements with Indian firms sourcing oil from Russia through a third party, which is outside the purview of sanctions.

Rosneft is the world's top listed oil producer by output and a tie-up with it could open up opportunities for Indian companies, both in oil and gas as well as Rosneft's proposed liquefied natural gas plant.

Alternatively, Indian companies, which hitherto found it difficult to enter the Russian market, may find the going easier with a softening of the position.

Meanwhile, ties between US and Russian energy companies have grown stronger even as relations between Russia and the West sour over the Crimea issue.

Exxon and Rosneft are not only exploring for oil together in the Arctic as part of a $500 billion joint venture formed in 2011, the two companies are planning to frack shale fields in Siberia, drill a well in the Black Sea, and start construction on a natural gas export terminal in eastern Russia.