India's Oil & Natural Gas Corp on Monday evacuated all its personnel, including 11 executives, from its oil projects in Sudan after violence escalated in the strife-torn African country on 15 December. The violence claimed 500 lives, including two Indian soldiers with the United Nations Peacekeeping Force. 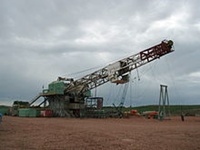 All the 11 executives working on the 40,000 barrels-per-day (bpd) Greater Nile Oil Project and Block 5A were airlifted to India, reports citing a top official of the state-owned company said. "The evacuation happened in two batches. All the officials have arrived in India safely," the official said.

Before departure, the last job the Indian executives did was to shut down the oilfields. Rebels have so far not captured any of OVL's oil wells but they have been closed as a precautionary measure.

Other partners in the blocks - China National Petroleum Corporation (CNPC) and Petronas of Malaysia - too have decided to evacuate their officials from South Sudan.

Rebel forces loyal to deposed South Sudanese vice-president Riek Machar captured Unity state, which housed most of the fields it was operating.

The oil produced in OVL's fields and other projects in the country are exported through pipelines across neighbouring Sudan. Greater Nile Oil Project comprises of Block 1, 2 & 4.