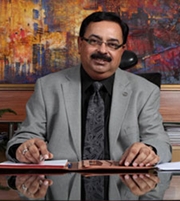 ''OVL was quite aggressive in bidding when compared with foreign oil majors, but we have to wait for the outcome of the auction results for the final offer price,'' the Business Standard today reported, citing a source directly involved with the auction process.

It said that OVL and Oil India had made arrangements for funding of up to $5 billion for the Mozambique stake.

Early last month both Oklahoma-based Anadarko and Videocon had each put 10-per cent stake in the Rovuma-1 offshore gas field in Mozambique for sale.

The auction, which is reported to have attracted global oil giants like Royal Dutch Shell, Repsol, ExxonMobil, BP and Petro China, closed on Sunday.

ONGC's overseas arm ONGC Videsh Ltd (OVL) had teamed up with OIL India to bid for the 20-per cent stake in the Rovuma offshore field, which has gas reserves of around 150 trillion cubic feet, enough to supply world's top importer Japan for 35 years. (See: ONGC joins OIL to bid for Mozambique gas field stake; may join Mangalore LNG terminal)

Anadarko is the operator of Rovuma-1 with a 36.5-per cent stake. Other stakeholders include Japan's Mitsui with 20 per cent, Bharat Petroleum and Videocon with 10-per cent each and Thailand's PTT Exploration & Production with 8.5 per cent.

The ownership of the remaining 15 per cent participating interest, currently held by the national oil company of Mozambique Empressa Nacional de Hidrocarbonetos EP (ENH EP), can be altered during the production phase.

Videocon, which had initially paid around $75 million for its 10-per cent stake and has spent around $200 million during phase 1, will reap a windfall from its passive investment made in early 2008.

Last year, this highly prolific gas block had attracted a bidding war between Shell and Thailand's PTTEP for UK-listed African explorer Cove Energy, which held an 8.5-per cent stake in Rovuma-1.

OVL and GAIL had formed a consortium and was reported to have bid around Rs6,000 crore ($1.2 billion) for Cove Energy, but later backed out after Shell trumped it with a higher bid of $1.57 billion in February 2012.

But PTTEP entered the fray with a $1.76-billion offer, and after a protracted bidding war that saw both oil giants raising their bids, Shell finally threw in the towel and PTTEP walked away with Cove with a sweetened $1.9 billion bid.

Since then, there have been more discoveries in the field and the estimated recoverable resources have doubled to around 35 to 65 trillion cubic feet, which is more than six times the UK's existing reserves.

The value of Videocon's stake has also risen and may be pegged at between $2.75 billion to $3 billion, according to analysts' estimates.

Under chairman Sudhir Vasudeva ONGC has gone on an overseas acquisition bid in order to augment its ageing oil fields.

This year, it acquired two oilfields in the Azerbaijan sector of the Caspian Sea and 2.36-per cent interest in the Baku-Tbilisi-Ceyhan pipeline from US-based Hess Corp for$1billion.

It has also tabled a $5-billion bid for Conoco Phillips 8.42-per cent stake in the massive Kashagan oilfield located in the Caspian region of Kazakhstan.

Seven partners in this field have waived their first right of refusal, while the Kazakhstan state owned oil company Kazmunaigas now has till end of July to decide whether to exercise its pre-emption right. (See: Kazakh oil project partners approve ONGC's acquisition of ConocoPhillips' stake)

Oil India is keen to invest its cash reserves of Rs30,000 crore, which it could lose as taxes or dividend to the the government.