ONGC to take up stake in nuclear power generation 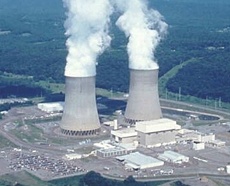 The company plans to invest around Rs2,940 crore over a five - six years in the project.

According to a company official, ONGC was in discussions with NPCIL for incorporating a joint venture for setting up a nuclear power plant.

The chairman of the company would be drawn from the directors nominated by NPCIL.