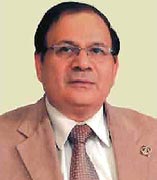 The two companies plan to undertake joint participation in blocks in India and abroad for exploration, field development and production of CBM. They would also share knowledge, experience and transfer technology in CBM sector, ONGC said.

CBM is found in coal seams, and is fast emerging as an important source of energy. In India, CBM resources are estimated at around 2,600-3,300 billion cubic meters. ONGC has been engaged in CBM exploration and drilling in Jharkhand, West Bengal, Madhya Pradesh and Gujarat.

ONGC chairman and managing director R S Sharma was quoted by the media as saying that there was tremendous potential in the CBM business which can be harnessed jointly.

Arrow Energy is an emerging global leader in coal seam gas development with an expanding business presence in Australia, China, India, Vietnam and Indonesia. In a press statement, the Australian company said that this MoU with ONGC would focus on potential cooperation on existing ONGC blocks from previous CBM licence rounds in India together with possible cooperation in certain Australian acreage, which is to be determined. It said that this general MOU would be followed by the formulation of specific commercial agreements on defined CBM assets.

Speaking from the signing ceremony in New Delhi, Arrow CEO and managing director Nick Davies said "We are delighted to be working with a company of ONGC's experience and stature. We think that the combinations of ONGC's asset base and Arrow's specific CBM experience will be a powerful force in India's CBM development. This, together with our current, exceptional partnerships in India, will give Arrow a broad collection of CBM opportunities in which to engage."