Nissan on Thursday announced the suspension of vehicle production for the Japan market at all Nissan and Nissan Shatai plants in Japan, following adverse remarks by government authorities. 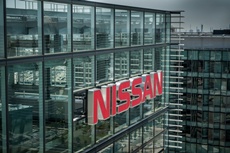 The decision comes after Japan's ministry of land, infrastructure and transportation (MLIT) found that Nissan failed to streamline the final inspection process at its plants, which were being carried out by technicians not properly registered to perform those duties for vehicles for the Japanese market.

Nissan said it took corrective measures at its production plants by 20 September to address the issue.

However, on 18 October, an investigation team (led by a third party) discovered that at its Oppama, Tochigi and the Nissan Kyushu plants, certain parts of the final inspection process were still being carried out by technicians not properly registered to perform those duties for vehicles for the Japan market.

Nissan had, on 18 September, announced that the Japanese ministry of land, infrastructure and transportation (MLIT) notified Nissan that in the final vehicle inspection process, certain checks were carried out by technicians not properly registered to perform those duties under Nissan's own processes.

Nissan said it will not restart production until actions with regard to the production line and vehicles that did not meet Japanese market requirements for final inspection are taken.

The company plans to start re-inspecting the unregistered vehicles at certified Nissan dealership facilities throughout Japan. It is also considering submitting a noncompliance recall report for registered vehicles.

Nissan president Hiroto Saikawa merely said, ''old habits'' were to blame. ''You might say it would be easy to stop people who are not supposed to inspect from inspecting,'' he told reporters. ''But we are having to take (new measures) in order to stop old habits that had been part of our routine operations at the factories.''

Nissan said, approximately 34,000 vehicles produced between 20 September and 18 October 2017, including those produced for other makers, will be subject to re-inspection.

Nissan said it regards the issue as critical because of the recurrence despite corrective measures taken. ''The investigation team will continue to thoroughly investigate the issue and determine measures to prevent recurrence.''

Nissan said it will publish a detailed report of the actions taken at a later date.

Nissan, Japan's number-two automaker, is already grappling with a mounting inspection scandal that has already seen it recall some 1.2 million vehicles.