Japanese carmaker Nissan yesterday said it is recalling 3.53 million vehicles for faulty airbags, making this its fourth recall since 2013 over defective airbags. 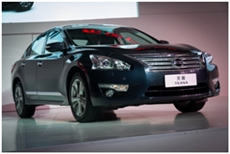 The recall includes nearly 3.2 million in the US, because the front-passenger airbag might not work properly in a crash because vehicle sensors may malfunction, Nissan said in a posting on the website of the US National Highway Traffic Safety Administration (NHTSA).

Nissan said that it is aware of at least three crashes in which the airbag system did not perform as designed.

The carmaker added that the remedy varies by vehicle and will include software reprogramming in some models and hardware replacement in other models.

''Nissan is currently developing its remedy plan and will begin notifying dealers in late May,'' it said in its posting.

After receiving 124 complaints, the NHTSA last year launched an investigation into whether Nissan had fixed the problem.