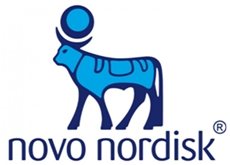 Global Blood, which has a market cap of $1.4 billion, is working with financial advisers to review its options, the report said, and added no final decision has been made and the company may even abandon the idea of a deal.

The San Francisco-based company is developing its lead product candidate, GBT440, as an oral, once-daily therapy for sickle cell disease and is currently evaluating GBT440 in a pivotal Phase 3 study.

Global Blood is also investigating GBT440 for the treatment of hypoxemic pulmonary disorders in an ongoing Phase 2a study in patients with idiopathic pulmonary fibrosis.

There are around 160,000 people suffering from sickle cell disease in the US and Europe, and although treatments cost around $200,000 per year in the US, the treatments do not cure the disease.

Novo Nordisk has production facilities in eight countries, employs around 42,000 people in 77 countries, and markets its products in more than 165 countries.