Swiss drugmaker Novartis has agreed to buy French-based Advanced Accelerator Applications SA (AAA) for $3.9 billion in cash, picking up a radiopharmaceutical company whose drugs are used to diagnose and treat diseases such as cancer. 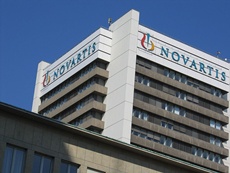 The move would give Novartis a platform in radiopharmaceuticals and access to a new therapy for the kind of cancer that killed Apple founder Steve Jobs.

The deal further strengthens the Swiss drugmaker's oncology business, already boosted by the 2015 acquisition of GlaxoSmithKline marketed cancer drugs and the approval in August of a ground-breaking gene-modifying leukaemia treatment.

The cash offer of $41 per ordinary share and $82 per American depositary share (ADS) represents a 47 per cent premium to AAA's price before media reports on 27 September that Novartis was interested, the two companies said on Monday.

The ADS, which closed on Friday at $72.91 and were priced at only $16 when they listed two years ago, traded at $80 in US premarket dealings.

Sealing the deal is likely to be one of the final steps taken by Novartis chief executive officer Joseph Jimenez, who plans to step down at the end of January after eight years at the helm. Under him, the Swiss behemoth has announced more than $30 billion in deals over the past four years, the largest being its 2015 acquisition of GlaxoSmithKline Plc's oncology portfolio for as much as $16 billion.

The transaction, which Novartis will finance using debt, will reap AAA founder and 11 per cent owner Stefano Buono more than $420 million. AAA is based in Saint-Genis-Pouilly, a French town just outside Geneva.

The move fits with Jimenez's strategy of pursuing bolt-on deals worth up to around $5 billion rather than seeking out larger targets.

With AAA, Novartis gets technology that deploys trace amounts of radioactive compounds to create images of organs and lesions to diagnose diseases, which can also be used to fight cancer.

Lutathera, which is AAA's flagship product, won European Union backing in late September against rare gastroenteropancreatic neuroendocrine tumours, the likes of which killed Jobs in 2011.

''Novartis has a strong legacy in the development and commercialisation of medicines for neuroendocrine tumours,'' said Bruno Strigini, head of Novartis Oncology. ''With Lutathera we can build on this legacy.''

Lutathera, which has also been submitted to the US Food and Drug Administration, harnesses a molecule not only to diagnose cancer but also to deliver treatment by hitting tumours with high-energy electrons.

''We see the more sophisticated technology to Lutathera commanding a premium price to Sandostatin and estimate peak sales potential at $2 billion,'' Bulic wrote in a research note.

Analysts from Vontobel Equity Research said the $3.9 billion price ''appears expensive'' given AAA – spun off from Europe's physics research centre CERN 15 years ago and listed on Nasdaq – had sales of just $78 million in the first half of 2017.

''Novartis's planned acquisition of Advanced Accelerator Applications fits strategically, but appears expensive to us,'' analysts at Vontobel Equity Research said in a note to clients. The deal values AAA at 20 times the company's projected 2018 sales, they said.

Vas Narasimhan, the chief medical officer and global head of drug development at Novartis, will take over as chief executive starting in February.

AAA founder Buono said the deal with the world's biggest maker of prescription drugs would not only support Lutathera's launch but also accelerate development of its other therapies.