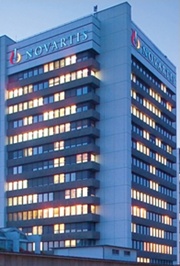 The new structure reflects the importance of oncology to Novartis following the integration of the oncology assets acquired from GSK.

The Basel, Switzerland-based company said that it expects this change to help drive its growth and innovation strategy, with an increased focus and improved execution for both the Novartis Oncology and Novartis Pharmaceuticals business units.

Paul Hudson will be appointed CEO, Novartis Pharmaceuticals and Bruno Strigini will become CEO, Novartis Oncology. Both will report directly to Joseph Jimenez, CEO of Novartis.

The divisions will be supported by Novartis Institutes for BioMedical Research, Global Drug Development and Novartis Operations, which includes Technical Operations and Novartis Business Services.

Novartis is currently struggling after the patent of its blockbuster cancer drug Glivec expired earlier this year and slower-than-expected revenue from its new heart failure medicine, Entresto.

Novartis shares have lost 23 per cent of their value over the past 12 months. Last month, the company was reported to have hired banks to sell its stake in its local rival Roche Pharmaceuticals worth around 13.5 billion Swiss franc ($13.8 billion).