Novartis to sell stake in Roche worth $13.8 bn 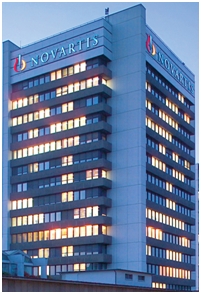 Novartis had acquired the stake 33.3 per cent of Roche's voting shares more than a decade ago in anticipation of a possible merger.

The hundred plus-year old Roche is controlled by the Hoffmann and Oeri-Hoffmann families, who between them hold 50.1 per cent of the bearer shares under the company's dual share structure.

Novartis, created by the merger of Ciba and Sandoz, had in 2001 under its earlier CEO Dan Vasella, acquired a 20-per cent stake in the voting shares of Roche for an estimated SFr 4.83 billion ($2.79 billion), a move that was widely seen as a first step towards a complete takeover of the latter.

Vasella later went on to buy a total of 6.3 per cent of Roche's total outstanding shares which is 33 per cent of its voting shares.

In 1928, Roche set up a dual-class share system allowing the owners to raise money without reducing their voting rights.

Novartis total stake in Roche was worth around $6.7 billion in 2003.