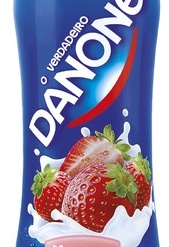 Talks would soon enter a decisive phase, the report said.

Nordic investment fund EQT and an unnamed industrial company, who were interested in the unit, which has a value of around €4 billion ($5.5 billion), have dropped out.

Danone had hired JPMorgan to find a buyer for the unit, which had sales of €1.34 billion. Danone's Medical Nutrition business has an operating profit margin of 18.16 per cent, the second-highest after its infant nutrition business.

Danone, a Fortune 500 company with 2012 revenues of over €28 billion, is one of the world's most successful health food companies and the world's largest yogurt maker. It  has recently been making disinvestments in Europe and huge acquisitions in emerging markets including Russia, China and India.

Emerging markets now account for 49 per cent of the company's total sales, with North America contributing 10 per cent, and France and Russia accounting for 11 per cent each, while nearly 72 per cent of its medical nutrition sales are generated from Europe, with the rest coming from emerging markets.

It operates in two fields of medical nutrition – fortified products to counter malnutrition, eating difficulties and deficiencies, and targeted medical nutrition for people suffering from allergies or undergoing medical treatment.

Its bestselling products are Fortimel – a paediatric nutrition product administered orally or through a feeding tube; Infatrini – a range of concentrated nutritional supplements, and; Neocate – a hypo-allergenic product for children.

Medical nutrition is one of Nestle's growth-drivers and the Swiss food giant has recently gone on an acquisition spree or formed joint ventures in the US, the UK and China.

Last year it acquired US medical foods company Pamlab Inc, a firm specialising in diagnostics and licensed speciality pharmaceuticals in GI and oncology; Vitaflo, a provider of clinical nutritional solutions for infants, children and adults with genetic disorders; a minority stake in US firm Accera, specialising in medical foods for Alzheimer patients, and UK-based CM&D Pharma, which makes a chewing gum for kidney patients.

Fresenius is a diversified medical equipment company that provides products and services for dialysis, hospitals as well as inpatient and outpatient medical care.

It also owns Fresenius Medical Care, the world's largest dialysis company that focuses on hospital management as well as on engineering and services for medical centres and other health care facilities.

Other competitors in the $30 billion medical nutrition are Abbott Laboratories, Mead Johnson Nutrition, Baxter International, B Braun Melsungen and Hospira.

But analysts say that both Nestle and Fresenius are likely to face anti-trust issues in the deal.