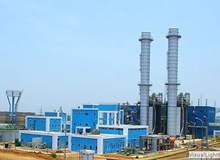 Sembcorp, through a wholly-owned subsidiary, has signed a conditional agreement to acquire 45 per cent of NCC Power Projects (NCCPP), which is currently building a 1,320-megawatt coal-fired power plant along the coast of Nellore in Andhra Pradesh.

NCCPP is jointly owned by Gayatri Energy Ventures (GEVPL) and NCC Infrastructure Holdings (NCCIHL), a subsidiary of NCC Limited (NCCL). Gayatri is Sembcorp's project partner for another power plant in Nellore, the Singaporean company stated in a release.

Once the deal is through, Sembcorp will hold 45 per cent of NCCPP, while NCCIHL will hold the remaining 55 per cent.

The acquisition of the stake in the project will double Sembcorp's power generation capacity in India and increase its footprint in the country's growing power market.

''The proximity of the two plants will enable Sembcorp to benefit from substantial synergies. The two plants will utilise the same infrastructure, such as that for coal importation and logistics. They will also be run by the same Sembcorp management team in Nellore,'' the company said in a release.

The NCCPP project is about 30 per cent completed and is expected to come on-stream in early 2016. Financing for the project has been secured, with 75 per cent of the project cost funded through long-term limited recourse rupee-denominated project finance loans and the remainder through shareholders' equity.

The project will use both domestic and imported coal. It has already received a letter of allocation for its domestic coal supply from Coal India.

This transaction is not expected to have a material impact on the earnings per share and net asset value per share of Sembcorp Industries for the current financial year, according to the company.

The transaction is subject to the fulfilment of conditions, including approvals from the relevant authorities and creditor institutions.

Meanwhile, construction of the TPCIL plant is more than 80 per cent completed, and the project is on track to begin testing and commissioning of its first 660-megawatt unit from the second quarter of 2014. Commercial operations are targeted to begin in the third quarter of 2014, with the plant's second 660-megawatt unit expected to come on-stream by the end of the year.

The TPCIL project has secured a long-term power purchase agreement for the sale of 500 megawatts of power to the Andhra Pradesh power distribution companies, as well as domestic coal supply agreements for both its units.

"With our first power project in India progressing well and on track for completion this year, we are now pleased to embark on our second power plant investment there. This acquisition will provide the opportunity for Sembcorp to increase our foothold in India's power market, where we see opportunities for our business to grow significantly in the years to come," Sembcorp group president and CEO Tang Kin Fei said.