Biotechnology major Monsanto won a major legal battle in India after the Supreme Court held Monsanto’s patent on gene modified cotton seed valid in the country, reversing a Delhi high court order that plant varieties and seeds cannot be patented under Indian law by companies such as Monsanto. 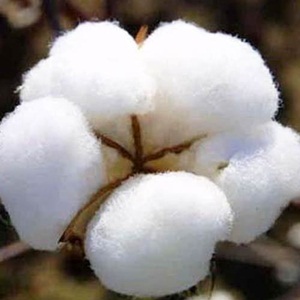 For Monsanto, now owned by German pharmaceuticals and life sciences major Bayer AG, the apex court ruling involving its business in the world’s biggest producer of the fiber comes as a rare victory.
The ruling comes as a big boost for Monsanto, which faced the prospect of losing revenues and exclusive patent rights in India, amidst legal challenges in the US over allegations that its Roundup weed killer can cause cancer.
A Supreme Court bench headed by Justice RF Nariman today held that Monsanto’s patent claim on genetically modified (GM) Bt cotton was valid and set aside a 2 May order of the division bench of the Delhi High Court, which had held that plant varieties and seeds cannot be patented under Indian law.
The high court order also barred companies such as Monsanto Inc from collecting royalties on GM technology, which the court said, would be decided by a specialised agency of the agriculture ministry.
Monsanto had licensed its Bollgard-II Bt cotton seed technology, a GM variant which resists the bollworm pest, through its Indian arm Mahyco-Monsanto Biotech Ltd (MMBL).
Monsanto, however, faced farmers’ wrath after it was found that the cotton seeds sold at huge margins did not resist pests or give yields as promised. The seeds also left the fields unsuitable for other varieties.
A division bench of the Delhi High Court comprising justices Ravindra Bhat and Yogesh Khanna had permitted MMBL to approach the Protection of Plant Varieties and Farmers’ Rights Authority (PPVFRA) under the agriculture ministry for registering the variety within three months, following which the authority had to decide on a benefit-sharing mechanism.
At present, trait fees on Bt cotton seeds are decided by a price control committee under the agriculture ministry.
The two-judge bench, headed by Justice Rohinton F Nariman, said a lower court will decide if Indian companies infringed Monsanto’s patent on Bt cotton seeds.
The ruling is the result of years of legal battles between Monsanto and domestic seed companies, led by Nuziveedu Seeds Ltd. The Indian firm, one of the licensees of the US company’s seeds in India, had petitioned in the court to cancel Monsanto’s patent. Monsanto had lodged counter cases for patent infringements by Indian companies.
Local seed firms, which get licences from Monsanto to sell genetically-modified seeds, pay a “trait fee” fixed by the government. They had argued that the US company was not entitled to get any more money from them. The government cut the fee on Monsanto’s cotton seeds last year to Rs39 per 450-gram pack from Rs49. Monsanto sells about 50 million packs of GM cotton seeds in India each year, according to the National Seed Association of India.
MORE REPORTS