India has tightened rules for the sale of genetically-modified cotton seeds through a government order, in a move that will cap royalties for any new variety that the market's sole supplier - US-based Monsanto Co - decides to develop and sell. 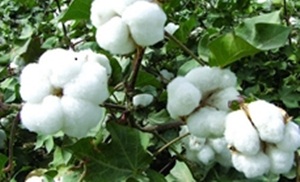 The new order nullifies all the existing licence agreements between trait providers and seed producers and lays down new mandatory norms for licensing, depriving technology companies like US-based Monsanto of the freedom to choose the licensees or negotiate commercial terms.

An agriculture ministry notification issued on Wednesday also limited profits from the biotech major's potentially lucrative new GM traits business by capping the trait value (equivalent to royalty) even in such cases at a 10 per cent of the maximum selling price (MSP) of the seeds fixed by the government for the first five years, to taper further by an annual 10 per cent. By the new order, the government has also given itself the discretion to decide when a GM trait loses its potency and said once the efficacy expires, the trait value can't be charged.

Besides, by citing the provision in India's Patents Act that plant and animal varieties per se can't be patented, the ministry said that this applied to transgenic varieties carrying GM traits too, adding that such varieties can be protected only under the less rewarding Protection of Plant Varieties and Farmers' Rights Act, 2001.

The government's move, which it says is aimed at ensuring availability of cotton seeds to farmers at ''reasonable and affordable'' prices, has been welcomed by local seed companies but analysts said it would undermine the country's ability to sustain recent years' surge in cotton productivity.

''We strongly oppose the recent gazette notification as it a huge blow to the innovators in the agro-biotech industry. It clearly indicates the intention of the government to disregard research and innovation, and thereby not protecting intellectual property in the sector,'' Shivendra Bajaj, executive director, Association of Biotechnology-Led Enterprises - Agriculture Focus Group (ABLE-AG), a body of top biotech firms, said.

Bajaj also said that the decision will further create an environment of uncertainty and disincentive to technology developers for bringing new technologies into India which will ultimately harm the farmers as new technologies come slow to them. ''Such a decision is a discouragement of research and is contrary to our prime minister's vision of bringing research into the hands of farmers,'' he said.

However, welcoming the new notification, Kalyan Goswami, executive director, National Seed Association of India, said it ''would strengthen the hands of Indian farmers''.

As for firms like Monsanto, the government's recent moves have had a negative impact on their India business. The retail price of widely-used Bollgard II (BG II) variety cotton seeds was Rs930 per 450-gm packet with the trait value component of Rs 163. The 7 December price control order reduced the seed price to Rs800 and the trait value to Rs42 (exclusive of taxes). While the new price is said to be non-remunerative to trait providers, the latest notification is more detrimental to their interests as it disallows market-determined pricing of even new GM traits.

Under the new norms, technology providers as licensors have no right to deny licence to a seed provider if the latter meets they possess a valid government licence as a seed company and have access to a laboratory to carry out tests required for breeding and testing GM traits. Also, the licence needs to be granted within 30 days of receipt of request. If a licence is denied an ''eligible'' firm, it can take recourse to the seeds controller who has powers to issue directions to the trait-providers to ''ensure non-discriminative licensing''.

The agriculture ministry's new order comes at a time when the Delhi High Court is hearing an appeal by Mahyco Monsanto Biotech (MMBL), a joint venture between Monsanto and Maharashtra-based Mahyco, against the 7 December price control order.

Earlier this month, the Karnataka High Court had vacated its earlier order staying the agriculture ministry's decision. Separately, the Competition Commission of India is investigating a complaint filed by local seed companies accusing Monsanto of ''abuse of dominant position''.

As many as 49 seed companies in the country use MMBL's Bollgard-II double-gene technology, which provides in-built protection for cotton against the destructive American bollworm. About 90 per cent of the country's cotton area of 11.8 million hectares (in the 2015-16 season) is under Bt cover. Domestic cotton production has grown manifold since the introduction of Bt seeds - from 13.6 million bales in 2002-03 to a projected 30.5 million bales in 2015-16.