Mitsubishi Motors Corp's top two executives are likely to resign over the Japanese automaker's manipulation of fuel economy data, Japanese media reported today, in a scandal that has halved the company's market value in a week. 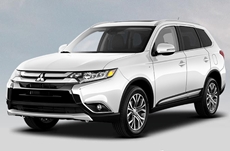 Chairman and chief executive officer Osamu Masuko has already told some affiliated dealers and parts makers of his intention to resign, the Yomiuri daily said. Separately, the Mainichi daily reported president and chief operating officer Tetsuro Aikawa has decided to step down.

Japan's sixth-biggest automaker said on Tuesday it used fuel economy testing methods that did not comply with Japanese regulations for 25 years. It said it would set up an external committee to investigate the matter and report the results in three months. It first flagged the manipulation on four models last Wednesday.

Masuko and Aikawa are expected to resign after the committee reports the results, according to the newspapers.

On Tuesday, Mitsubishi said that it had manipulated fuel-economy testing for much longer than previously known.

It said that aggressive internal targets may have put pressure on employees to overstate the fuel economy of its vehicles and that it would set up an external committee to investigate the matter.

Mitsubishi has lost some $3.9 billion in market value since it admitted last week to manipulating test data for four domestic mini-vehicle models, including two it produced for Nissan.

It has also said that more models may have used tests that were not compliant with Japanese standards, prompting concern about ballooning potential compensation costs and fines. The US auto safety regulator is seeking information, while Japanese authorities have raided one of the company's research and development facilities.

It said it had been submitting non-compliant data to Japan's transport ministry since 1991. It previously said such noncompliance went back only to at least 2002.

Ryugo Nakao, executive vice president for Mitsubishi, said Japanese regulations changed in 1991 to require testing methods to better reflect stop-and-go urban driving, but Mitsubishi did not follow that rule change. ''We should have switched, but it turns out we didn't,'' he said.

A committee of external experts will report the results of its investigation in three months, he said.

Nakao added that repeatedly raised internal fuel-economy targets during the development of the affected models may have contributed to the cheating. ''Judging by what the investigations have shown so far, it seems there was pressure,'' he told reporters.

Another executive, Koji Yokomaku, said Mitsubishi raised its fuel economy targets five times in two years while developing the mini-vehicles, reaching 18.14 miles per litre from an initial target of 16.4 miles per litre.

Tetsuro Aikawa, Mitsubishi's chief operating officer, who was on the engineering team that developed the original eK Wagon, said he had no idea the fuel economy readings were being falsified. ''I was totally unaware this was happening,'' he said. ''It's a problem that this issue didn't come up until now.''

The automaker has said it compiled data for fuel-economy tests using US standards, where higher-speed highway driving is common, rather than Japanese standards, where more-prevalent city driving commonly consumes more fuel. Mitsubishi said the US testing method may have been used, as it is shorter and would save time.

The misconduct has revived memories of a scandal more than 15 years ago in which Mitsubishi admitted to systematically covering up customer complaints for more than two decades, bringing the company close to collapse. It was bailed out by other Mitsubishi Group companies.

Senior officials at other Mitsubishi firms say it would be difficult for them to help the carmaker this time, if needed, as they face their own financial squeeze, as well as calls to put shareholder returns above ties with the former Mitsubishi business empire.