Microsoft under fire over ICE contract; but won't back down

Microsoft has come under fire after a blog post from January resurfaced, detailing how the company is "proud to support" US Immigration and Customs Enforcement (ICE) with a contract for their Azure Government Cloud software. 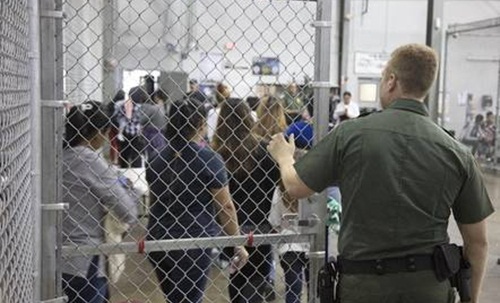 Microsoft came under attack on social media for its contract with ICE, the agency that's separating families at the US-Mexican border.
The company now says it's "dismayed" by new actions by the Trump administration to jail immigrant parents who attempt to come to the US without going through legal channels, and take their children away into detention facilities.
"As a company Microsoft has worked for over 20 years to combine technology with the rule of law to ensure that children who are refugees and immigrants can remain with their parents," it said in a statement.
Azure Government is a cloud computing software that Microsoft sells to various government agencies, but the contract with ICE has received criticism in light of ICE's detention centres and family separation policies. ICE has been at the forefront of news cycles lately, largely because of their detention centres (some of which house thousands of children separated from their parents) and their tendency to separate families at the border.
Around 1 pm ET on Monday, the section about ICE on the blog post appeared to be removed, only to reappear about 20 minutes later.
Microsoft told a Wired reporter that the removal of the portion referencing ICE was a "mistake", and attributed it to an employee editing the blog after seeing discussions about it on social media. The section on ICE has since been added back in.
Amid the backlash against Microsoft on social media, one website developer, Mat Marquis, wrote on Twitter that he was ending his business with the company over its ICE contract.
On Twitter, Microsoft drew outrage in posts that mention how chief executive Satya Nadella was also an immigrant, and asked Microsoft to take a stand on what's happening on the border with families being separated.
Microsoft employees chimed in. Larry Osterman, a Microsoft engineer, asked company president Brad Smith how working for ICE jibes with "our ethical stances ... Not cool”.
“In early 2017 @satyanadella spoke out against the muslim ban … how can they reconcile this hypocrisy?” a Twitter user wrote.
Tech Workers Coalition, an advocacy group, urged on Twitter for Microsoft employees not to "be complicit" in working with ICE.
Tech companies are finding themselves in the crosshairs over government contracts as employees increasingly vocalise their disagreement over the far-reaching consequences of their technologies.
Earlier this month Google ended its controversial defence contract, Project Maven that  that was to use artificial intelligence to analyse drone footage, with the US Department of Defence amidst employee backlash that saw 12 employees quitting the company (See: Google to end controversial military contract after employee backlash).
The American Civil Liberties Union and civil rights groups recently demanded that Amazon stop selling a facial recognition software tool called Rekognition to police and other government entities because they fear it could be used to unfairly target protesters, immigrants and any person just going about their daily business.
Microsoft didn't back down from its support of ICE, but while noting that it didn't support the new "zero tolerance" immigration policy, did urge Congress "to pass legislation ensuring children are no longer separated from their families", the company said in a statement.
According to Bloomberg, Microsoft's contract with ICE is worth $19.14 million.
MORE REPORTS