Microsoft to acquire GitHub in a $7.5 billion deal

Microsoft on Monday officially confirmed the acquisition of the world’s leading software development platform GitHub in a $7.5 billion deal, even as the software giant reaffirmed its stance on open source and reassured consumers that it will remain an open, developer-first platform operating independently. 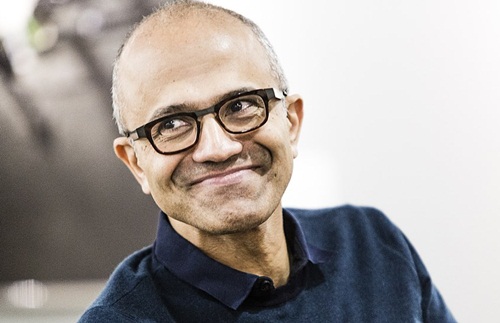 The acquisition of GitHub, the world’s leading software development platform, will further strengthen Microsoft’s computing power.
However, it is still not known whether a Microsoft leadership will shake things up inside GitHub — for better or for worse — once the deal closes later this year.
"Microsoft is a developer-first company, and by joining forces with GitHub we strengthen our commitment to developer freedom, openness and innovation," Microsoft chief executive Satya Nadella said in a statement.
“The era of the intelligent cloud and intelligent edge is upon us. Computing is becoming embedded in the world, with every part of our daily life and work and every aspect of our society and economy being transformed by digital technology,” Nadella said in a blog post.
“Developers are the builders of this new era, writing the world’s code. And GitHub is their home.
“As every industry – from precision medicine to precision agriculture, from personalised education to personalised banking – is being impacted by technology, the developer community will only grow in numbers and importance. Developer workflows will drive and influence business processes and functions across the organisation – from marketing, sales and service, to IT and HR. And value creation and growth across every industry will increasingly be determined by the choices developers make,” he added.
While developers will be at the centre of solving the world’s most pressing challenges, Nadela said, the real power comes from developers creating together, collaborating, sharing coding and building on each other’s work.
More than 28 million developers already collaborate on GitHub, and it is home to more than 85 million code repositories used by people in nearly every country. From the largest corporations to the smallest startups, GitHub is the destination for developers to learn, share and work together to create software.
Nadela said Microsoft is the most active organisation on GitHub, with more than 2 million “commits,” or updates, made to projects.
“Microsoft has been a developer-focused company from the very first product we created to the platforms and tools we offer today. Building technology so that others can build technology is core to our mission to empower every person and every organisation on the planet to achieve more.”
Bloomberg, which broke the story, said Microsoft agreed to buy GitHub under so far undisclosed terms (GitHub was last valued at $2 billion back in 2015).
GitHub has had revenue and internal leadership issues for some time, and it has been looking for a new CEO for about nine months. Under Microsoft, a new leadership could turn things around for GitHub, at least financially.
It’s unclear how the acquisition will affect the service and the direction of the company both in the short run and the long run.
MORE REPORTS