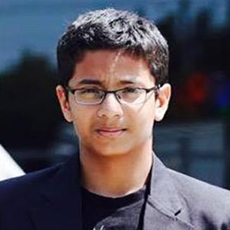 An Indian-origin boy, who invented a low-cost portable Braille printer, is now working on integrating his invention with Windows at Microsoft, to make it easily accessible to the visually-impaired. The 13-year-old inventor, Shubham Banerjee plans to launch it commercially in November.

Banerjee is targeting a price point of $500 or less for the printer, called Braigo 2.0, to ensure organisations working for the visually-impaired in developing and least developed countries can afford it.

He has also started working with a Windows team to integrate Braigo drivers with Windows for easy deployment.

"Also, think about the banks, the government institutions or even the libraries where Windows-based computers are widely used. They will all benefit from having a Braigo to provide accessibility services to their visually-impaired customers," Banerjee said, PTI reported.

The invention has been very well received as the first low-cost, IoT-enabled, silent and lightweight Braille printer.

At the age of 12, Shubham became the youngest entrepreneur ever to receive venture capital funding when Intel Capital invested in his startup, Braigo Labs.

"Our relationship with Microsoft will help Braigo achieve a seamless experience for a visually impaired person who wants to use a computer at home or at the office to print documents for offline reading," the eighth grader was quoted as saying on a Microsoft Windows blog.

The White House has invited Banerjee for developing an accessible solution for the blind and other physically challenged people across the globe.

Evangelist, founder of Braigo, Shubham was born in Hasselt, Belgium in 2001, moving to San Jose, California, with his family at the age of three.

He is continuing his 8th grade studies at Champion School in San Jose.