US pharmaceutical giant Merck & Co Inc has finalised a deal to buy Cubist Pharmaceuticals Inc for $8.4 billion plus assumption of debt. 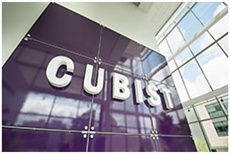 This is Merck's second big acquisition within just six months. In June, it agreed to buy Idenex Pharmaceuticals for $3.85 billion.

Under the deal, agreed by the board of both companies on Monday, Merck will pay $102 per share, a premium of 37-per cent to the Lexington, Massachusetts-based company's Friday closing share price of $74.36.

The transaction has an equity value of $8.4 billion and $1.1 billion debt, taking the total deal value to around $9.5 billion.

Merck expects the acquisition to add more than $1 billion of revenue after closing in the first quarter, but will be neutral to non-GAAP earnings per share until 2016.

Cubist Pharmaceuticals is a biopharmaceutical company focused on the research, development, and commercialisation of pharmaceutical products for unmet medical needs in the acute care environment.

Cubist's best-selling drug Cubicin for treating serious skin infections was approved by the US Food and Drug Administration (FDA) in 2003 and for bloodstream infections in 2006.

The drug has been used to treat more than two million patients and generates more than 80 per cent of Cubist's revenue. It is also expected to generate $2 billion by 2017.

However, Cubist is likely to lose patent protection for Cubicin earlier than expected, after a federal court late last week invalidated four of its patents, which will benefit its rival Hospira Inc, which is preparing to launch a generic version of the drug in 2016.

Cubist's in-line and late-stage pipeline of anti-infective medicines, including Zerbaxa, which is pending approval by the FDA, will enhance Merck's hospital acute care business in several therapeutic areas, including Gram-positive and Gram-negative multi-drug resistant infections. Zerbaxa is expected to rake in over $1.5 billion in revenue annually, according to analysts.

''Cubist is a global leader in antibiotics and has built a strong portfolio of both marketed and late-stage pipeline medicines,'' said Kenneth Frazier, chairman and CEO of Merck. ''Combining this expertise with Merck's strong capabilities and global reach will enable us to create a stronger position in hospital acute care while addressing critical areas of unmet medical need, such as antibiotic resistance.''

Merck & Co is the second-largest drug maker in the US and the world's seventh largest pharmaceutical company by market capitalisation and revenue. The New Jersey-based company, which operates in more than 140 countries, develops medicines, vaccines, biologic therapies, and animal health products.