MNC pharma lobby got another shock today with the Delhi High Court refusing to grant interim relief to US pharmaceuticals major Merck Sharp and Dohme (MSD), which sought to restrain Glenmark Pharmaceuticals from manufacturing anti-diabetes drugs Zita and Zita-Met. 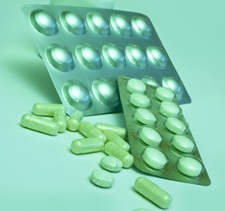 MSD in its plea has alleged that Glenmark has violated its intellectual property right (IPR) over its anti-diabetes medicines, Januvia and Janumet, by marketing similar drug containing 'Sitagliptin' salts.

Glenmark, however, pointed out that the US drug firm has no patent rights over 'Sitagliptin Phosphate' that is used in its anti-diabetes drugs, Zita and Zita-Met.

The court, however, refused to restrain Glenmark from producing the drug as the case will be coming up for hearing. The court also said any observation made now would not have a bearing on the final decision on the matter.

''I do not find the plaintiff to have made out a case for grant of interim relief. The application is accordingly dismissed but with a direction to the defendant to diligently maintain accounts of the manufacturing/production and sales of the infringing products and to file the same before this court with advance copy to the counsel for the plaintiff,'' Justice Rajiv Sahai Endlaw said in the interim order.

Glenmark's Zita and Zita-Met are used for treatment of Type-2 diabetes.