McDonald's Corp yesterday said that it is shelving plans to sell a stake in its Japan unit, after the unit returned to profit for the first time in three years. 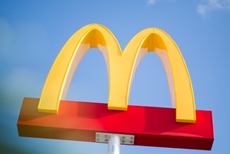 McDonald's CFO Kevin Ozan told investors on a conference call that after conducting a review, the company decided to not proceed with the sale of its stake in McDonald's Holdings Co. Japan at this time, and the decision will not impact long-term financial targets.

"We believe the market is poised to maintain its strong momentum," he added.

It had hired Morgan Stanley to assist in the sale of bulk of its restaurants in China, Hong Kong, South Korea and Japan.

McDonald's, based in Illinois, owns just under 50 per cent of the Tokyo Stock Exchange-listed unit, which has 2,956 restaurants and a market cap of around $3.5 billion.

When McDonald's announced its intention to sell a stake, the Japan unit had posted quarterly losses since mid-2014 due to several food scandals.

Since then, the unit has revived and expects net income in the current fiscal year to grow to ¥9 billion ($80.92 million), a 29.9 per cent rise on the previous year.

McDonald's is the world's largest food service retailer with over 36,000 locations in over 100 countries.

More than 80 per cent of its restaurants worldwide are owned and operated by franchisees. The US is its largest market in terms of number of restaurants, revenues and operating income, while its 8 key markets are China, Korea, Russia, Poland, Italy, Spain, the Netherlands and Switzerland.