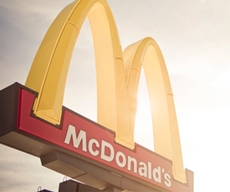 Under the deal, China's state-backed conglomerate and Citic Capital Partners will jointly buy a 52 per cent stake, while Carlyle will hold 28 per cent and McDonald's will retain a 20 per cent.

In March 2016, McDonald's had said that it was reorganising its Asian operations by bringing in partners who would own the restaurants within a franchise business by refranchising 4,000 restaurants by the end of 2018.

It had hired Morgan Stanley to assist in the sale of around 2,800 restaurants in China, Hong Kong, and South Korea.

The sale process of China and Hong Kong ran jointly while that of South Korea would be separate.

The sale of more than 1,750 company-owned stores in China and Hong Kong had attracted more than half a dozen bids from suitors like Beijing Tourism Group, Beijing Capital Agribusiness Group, ChemChina, GreenTree Hospitality, Sanpower, and private equity firms like Bain Capital, TPG Capital and Carlyle Group.

McDonald's China and Hong Kong business generated profits of around $200 million in fiscal year 2016, according to some media reports.

As of 31 December 2016, McDonald's operates and franchises over 2,400 restaurants in mainland China and more than 240 restaurants in Hong Kong employing over 120,000 people and serving over one billion customers annually in China.

McDonald's is the second largest Quick Service Restaurant chain in China and the largest in Hong Kong.

McDonald's CEO Steve Easterbrook said, "China and Hong Kong represent an enormous growth opportunity for McDonald's. This new partnership will combine one of the world's most powerful brands and our unparalleled quality standards with partners who have an unmatched understanding of the local markets and bring enhanced capabilities and new partnerships, all with a proven record of success."