Maruti Suzuki has been ranked the 9th most valuable auto brand in the world in a survey of the Top 10 such brands. 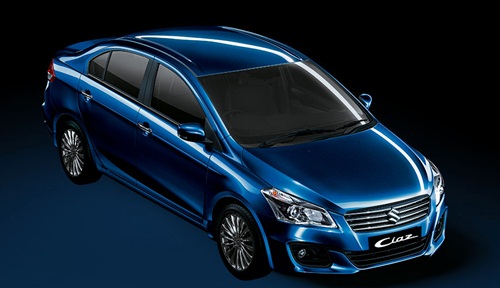 The Top five are Toyota, Mercedes Benz, BMW ford and Honda. They are followed by Nissan, Audi, Tesla, Maruto Suzuki and Volkswagen.
The Indo-Japanese company's premium Nexa dealerships, which provide a senese of luxury minus the high costs, helped Maruti Suzuki enter the Top 10 list.
For top-ranked Toyota, with a brtnd value of $29,987 million, this was the sixth consecutive year for topping the list. In 2018, its brand value rose 5 per cent over last year
German rivals Mercedes-Benz with a brand value of $25,684 million and $ 25,624 billion respetively. While the brand value of Mercedese rose nine per cent, BMW's grew by four per cent.
Elon Musk's electric car brand Tesla Motors with a brand value of $9,415 million, representing a growth of 60 per cent, was placed ahead of Maruti Suzuki, whose brand value of $6,375 million, helped it beat Volkswagen by a narrow margin. Volkswagen's brand value was $5986 million.
According to the BrandZ survey, Maruti Suzuki is ahead of Volkswagen, helped it enter the list of the Top 10. 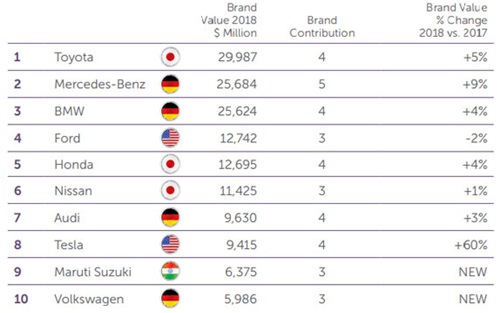