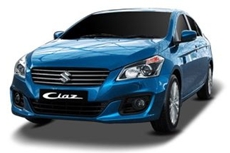 Maruti chairman R.C. Bhargava said the year was in some respect challenging because of demonetisation as "everybody expected all bad things to happen but it did not". There were also environmental issues that created difficulties for automobile companies, he said.

Maruti said growth in volumes, increase in share of the company's higher segment models, benefits from full capacity utilisation and cost reduction efforts helped the company offset the impact of a rise in commodity prices and adverse forex movement.

The company's chief financial officer Ajay Seth said the company had a total adverse foreign exchange impact of Rs700 crore during the year.

Maruti Suzuki is likely to pay royalty to its Japanese parent Suzuki Motor Corp for all its models in rupee terms by 2025, which could lower the annual outgo. Maruti, which sells 15 models, pays royalty to Suzuki in yen except for compact SUV Vitara Brezza.

"If you take a period of 7 to 8 years, most of our models would have changed... Let us say, by 2025, I would imagine that the royalty of all the models of Maruti would be in rupee terms," Bhargava said.