Maruti Suzuki India Ltd, India's biggest carmaker in size as well as market share, plans to increase its production capacity by an additional 200,000 cars over the next two financial years, focusing on its strength in the small car market. 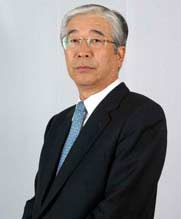 Maruti managing director Shinzo Nakanishi said in New Delhi on Monday, ''As demand has increased and will only grow further, we would require additional capacity beyond the current 900,000 lakh cars a year that we currently produce for the small car market. We will increase volumes to meet rising domestic demand and higher export orders.''

He refused to disclose the investment envisaged for the small car expansion, but the company had announced earlier that it plans to invest Rs1,800 crore to increase capacity this year.

Maruti Suzuki sold a total of 792,000 cars last fiscal in India and abroad. It dominates the small car segment with its Alto, WagonR and Swift models, which are among the five best-selling cars in India. Maruti is banking on rising demand for compact cars from rural areas and recession-hit overseas markets to boost sales.

The auto major is hoping to outperform the industry with a 5-per cent increase in domestic sales in the current fiscal over the 7.22 lakh cars it sold last year, according to Nakanishi.

Among overseas markets, Maruti is specially banking on Europe, where it hopes to sell 100,000 A-Star compact cars, including around 30,000 cars to be sold to Nissan Motors.

As of now, Maruti has the capacity to produce 600,000 cars at its Gurgaon facility, where older models like the Maruti 800, Alto, and WagonR are made, and 300,000 cars at the Manesar plant, where its global models like Swift, SX4 and the A-Star are made.

This investment is being made in addition to Rs9,000 crore earmarked for 2008-11 to set up a new engine plant and a new research and development centre, touted as the largest facility outside Japan to develop new cars, and to expand the Manesar plant.

Maruti's sales in April jumped 15 per cent year-on-year to 71,748 cars, one of the highest rises in the last several months. 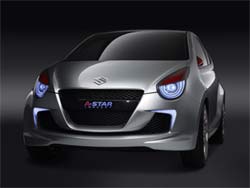 Stating that they would be hiring more people in its sales and marketing division,. Nakanishi said, ''We will recruit more rural dealership sales executives.'' The company expects to induct 1000 DSEs in its 680 outlets across the country.

''Setting up stockyards in different parts of the country for finished products and spare parts at the regional level is high on the agenda so as to reduce our transportation time, cost and mainly delivery time to customers,'' Nakanishi added.